The Darling Range Seniors Hub Inc. is a new initiative being introduced across the City of Kalamunda following on the success of other such community 'Hubs' in Australia and the USA.

This exciting new concept is driven by the desire to support our valued senior citizens in continuing to live independently in their own homes, streets, and neighbourhoods, for as long as possible, as well as possible, and as inexpensively as possible.

The 'Hub' is a grassroots movement designed to connect ageing residents with a local 'mutual support' network, other age generations, community groups and their local community. It seeks to provide members with access to trusted and vetted business referrals, volunteer support, social and neighbour connection, friendship and meaningful community engagement opportunities which utilises their passions and skills.
Within the City of Kalamunda, the Australian Bureau of Statistics (ABS) indicate that there are 16,800 residents in the over 55 years age group (28% of total population) and 10,200 over 65 years (17% of total population). There are almost 1000 residents who are over 85 years. Evidence indicates that at least three out of four Australian adults over 55 years of age want to remain in their own homes and communities as they age.

Following a series of information sessions across the diverse communities within the City of Kalamunda, an Establishment Committee of 17 persons has been created, chaired by local resident, Jennifer Irvine. This Establishment Committee was supported by 10 Task Teams. In December 2020, the initial Board was elected, comprising Peter Kenyon (President), Geof Irvin (Vice President), Tania Hawkins (Secretary), Ron Gamble (Treasurer), Jen Irvine, Ian Tarling, Kalem Zuiderwijk and Allan Morton. City of Kalamunda Councillors John Giardina and Kathy Richie have been co-opted to the Board. Cathy Audina, Fran Dean, Colleen Bitmead, Maria D’Sousa, Lyn Bevan, Nigel Miles and Tom Hogg are active contributing members to activity organisation and overall decision making. Currently the organisation is being incorporated and operational funding secured through sponsorship, grant applications and memberships. The organisation will be launched on 6 December 2019. 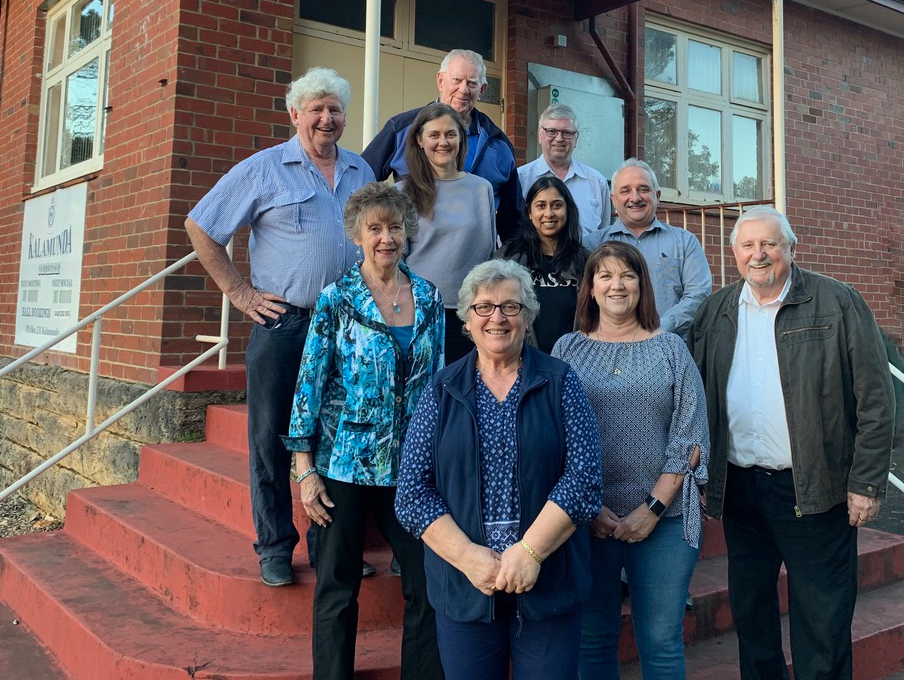 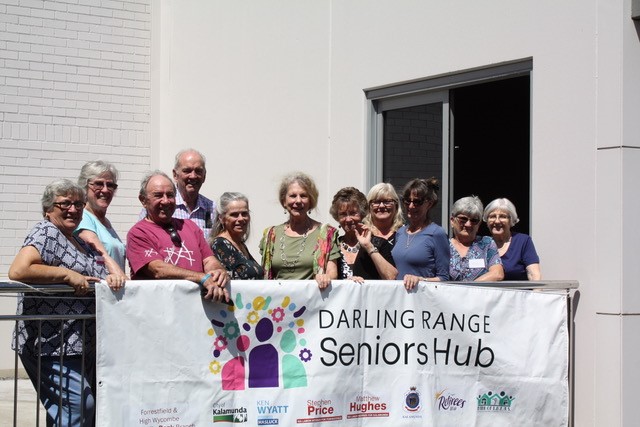 The Darling Range Seniors Hub Inc. is a networking/mutual arrangement operating as a not-for-profit organisation that supports ageing residents within the communities of the City of Kalamunda to stay connected to other community members and to continue to enjoy life and independence in their own homes and neighbourhoods for as long as possible and as economically as possible. It operates with the following simple vision and mission:

VISION: To live in a community where no one has to grow old alone.

MISSION: To provide our neighbours and friends with choices and support for living independently, actively and connected.

The Darling Range Seniors Hub is member-driven and intergenerational, encouraging people of all ages to support each other in achieving the goals of connection, friendship, mutual support and community contribution.

Key activities include that the Hub will:

In summary, the Darling Range Seniors Hub Inc. seeks to support initiatives that enable its members to lead vibrant, active, healthy and contributing lives, while continuing to live in their own homes, streets and neighbourhoods. It is simply all about "ageing in place" with all the benefits, familiarity and comforts of home, support of the neighbourhood and at an affordable cost.

The vision of the Darling Range Seniors Hub Inc. seeks the creation of a number of tangible and positive outcomes for residents of the communities in the City of Kalamunda, including their ageing members, namely: